Our 8U IFPAA Slowpitch Softball Tournament finished another “Magical” Season with a victory in the 11 team Kennedy Township tournament.  This marked the 2nd consecutive season that our 8U team has reached the undefeated milestone.  In addition to Kennedy Township championship, the girls also won crowns at North Shaler and Bauerstown.  All of their accomplishments were due to their hard work and love for the game. 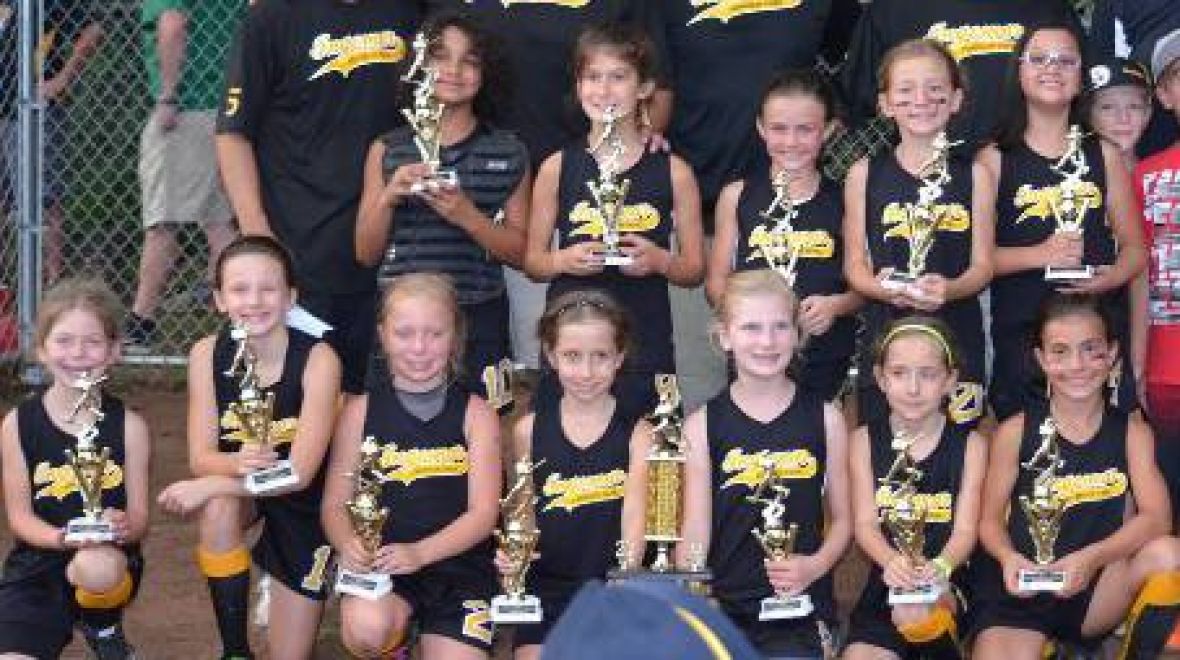 07/27/14:  Our 10U Fast Pitch Team (the Mighty Screaming Eagles) went undefeated in the Deer Lakes Tournament, making it all the way to the Finals as the #1 Seed, with a record of 5-0, and was awarded Tournament Champs!!!  Congratulations Girls! 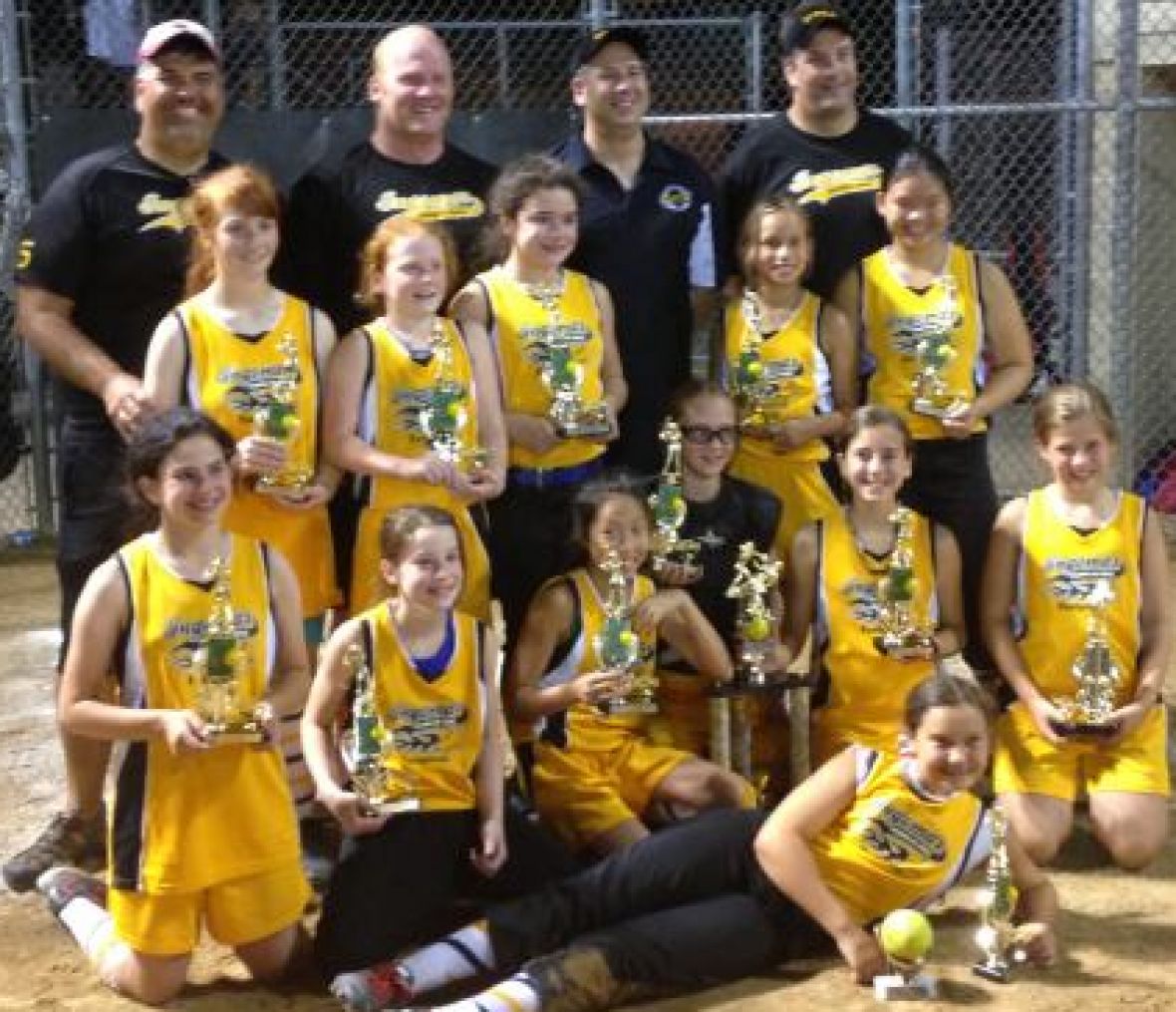 07/20/14:  Our 10U Fast Pitch Team (the Mighty Screaming Eagles) won all four of their games this past weekend (July 19-20) at Greentree to win the 1st Place Trophy.  They beat their competition 42-7 over the four games.  We are all very proud of the girls!

Congratulations to Kim & Rob Wagner and their 18U Slowpitch tournament team for their victory this past weekend at the Pennsylvania ASA State Tournament hosted by IFPAA at Blueberry Park.  After the completion of pool play, our Ingomar team won a closely contested Semi-final game against Cranberry before 10-running North Shaler 14-4 in the Championship game.

Many thanks to our 16U commissioner, Kevin Rollant, our 18U commissioner, Rob Wagner, and our Snack Shack Director, Kim Wagner, for all of their hard work during the tournament to organize their teams for field prep, score keeping, and announcing duties.  And a very special thank you to our Tournament Director, Dan Puntil, for his extra efforts during a very trying weekend of rainy weather.  Without all of their hard work, the tournament would not have happened. 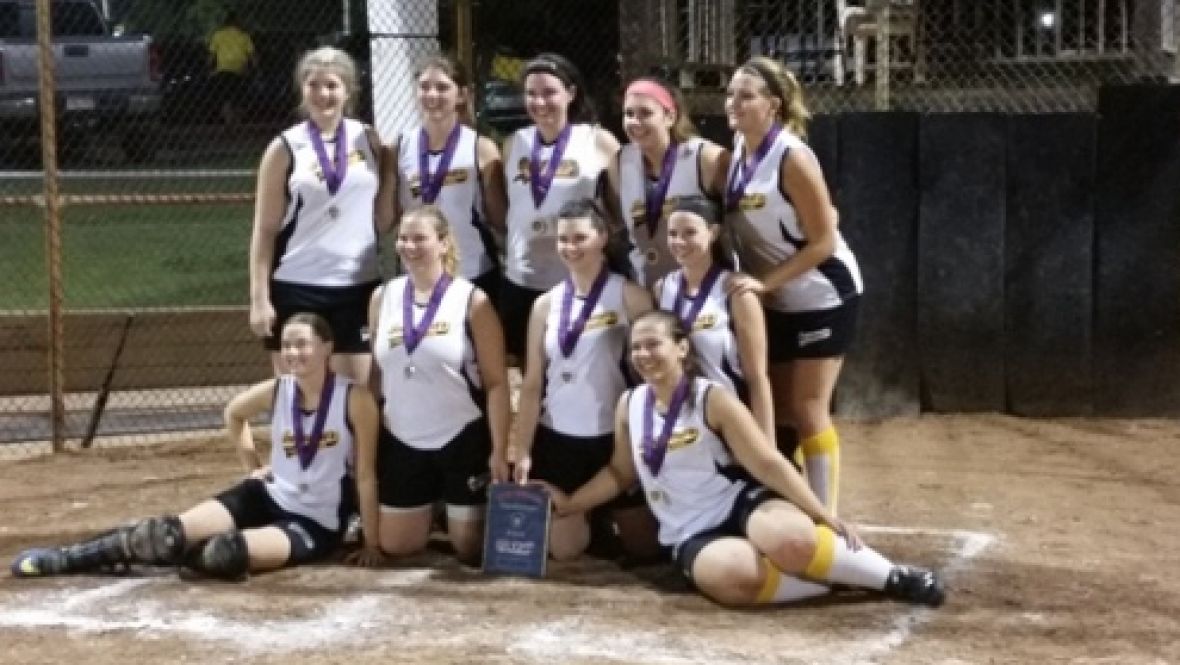